The Mid-Evil Industries 360 VFG/RFG Quick Detach Mini Tripod,( yes I wrote TRIPOD) is designed to be used with the Mid-Evil Industries 360 Vertical Foregrip. The video below states other mounts are coming including picatinny. I haven’t been fond of other foregrip tripods but the Mid-Evil seems to go to a new level. The tripod looks as though it’s roots are of photography origin between the ball head, construction and finish.

What do you think of this tripod? Can it replace your current foregrip bipod or tripod? or even your traditional Atlas, Harris or Magpul bipods? 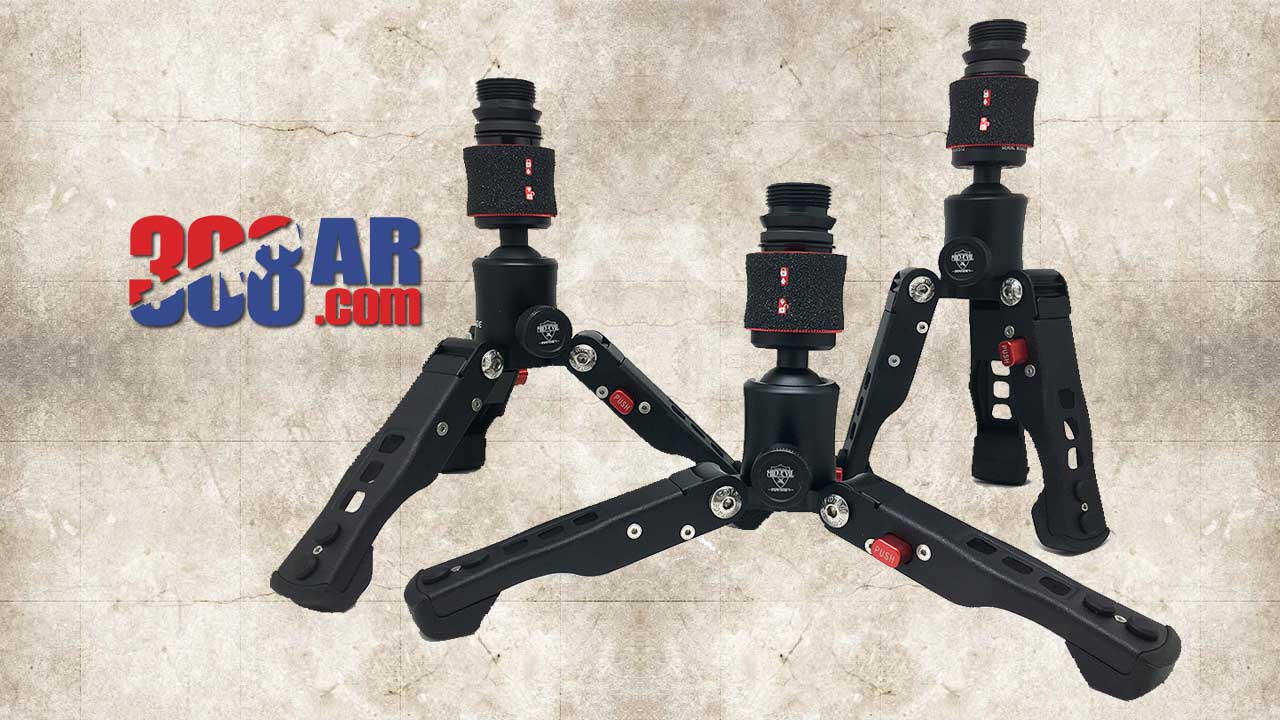 The Quick Detach TriPod has a single hand operated lock & unlock mechanism. There’s no button, no twisting – just a simple slide down to release & slide up to lock. It can be set to 3 different angles (20°, 50° & 78°). Just push, click & lock – easy to use. It is constructed of aluminum and has extreme temperature resistance, is sturdy, long lasting and lightweight with a high quality finish.