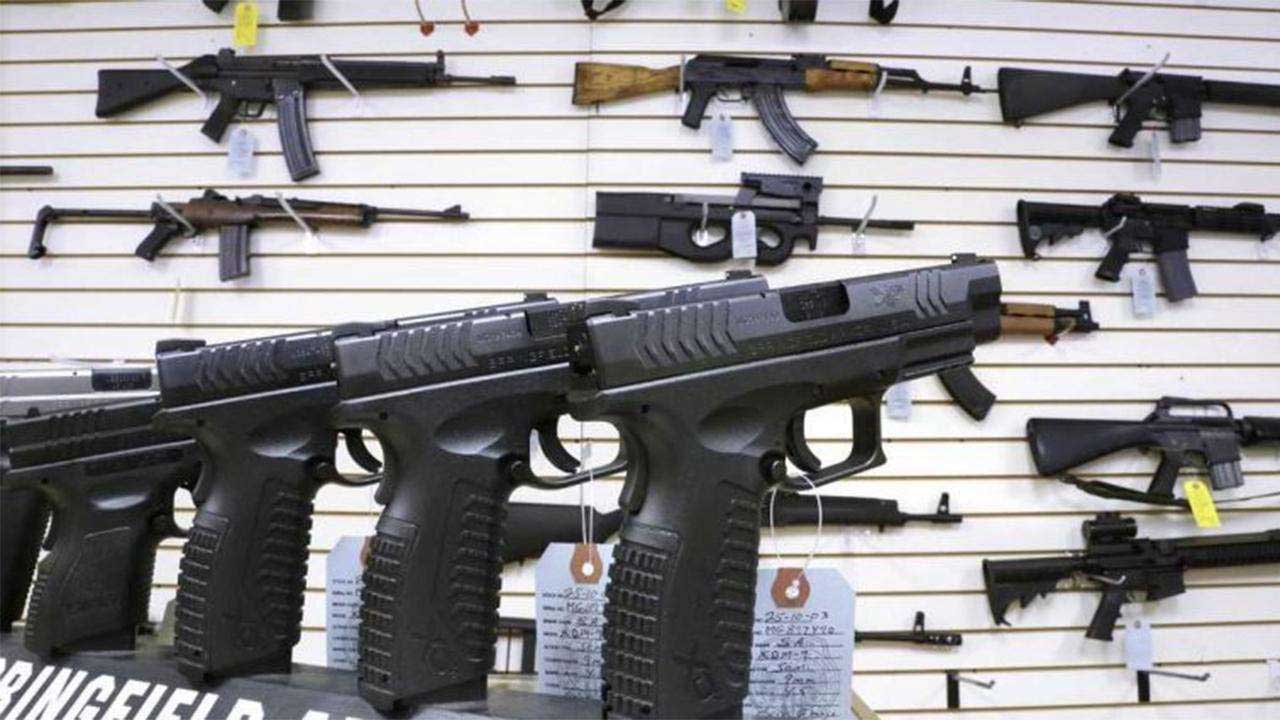 Well it didn’t take long for the Democrats in California to join other similarly anti-gun states to make going after guns their first priority. I think we need to remain extra vigilant as the daily news is dominated and distracted by Trump hate and new anti-gun control proposals may come up without citizens being alerted. I think some of us are in for a rough ride. Fasten your seatbelts folks.

The blue wave that swept through California in the midterm elections gave Democrats a supermajority in both chambers of the state legislature — which means virtually free rein to pursue boundary-pushing liberal policies in the new year.

The state that popularized plastic straw bans and played a critical role in the push for “sanctuary” policies protecting undocumented immigrants may just be getting started.

Having tightened their grip on power in Sacramento, Democrats are on pace to hold 29 of the 40 seats in the state Senate and 60 of 80 in the state Assembly. With a Democratic governor-elect, Gavin Newsom, the veto-proof majorities in the legislature might not be critical on most issues. But they could help ensure passage of any items Newsom might otherwise resist.

Lawmakers already are pushing a number of proposals ahead of the new session in January.  From tighter gun controls to affordable public housing measures, Democrats are readying a raft of bills that would face no meaningful opposition from a depleted Republican minority, provided the party stays united.

“Republicans are politically less relevant in California than they have been in years and it is really up to the Democrats to decide what role they play,” Zev Yaroslavsky, the director of the Los Angeles Initiative at the UCLA Luskin School of Public Affairs, told Fox News. “But as long as Democrats stay unified, they won’t even need bipartisan support.”

One of the pieces of legislation Democrats are looking to quickly pass is Assembly Bill 18, which among other things looks to tax the sale of handguns and semiautomatic weapons in order to generate funding for gun control programs.

The bill, which was sponsored by Democratic Assemblyman Marc Levine, would implement “an excise tax on the sales of handguns and semiautomatic rifles” and then hand over the resulting revenue to the California Violence Intervention and Prevention Grant Program (CalVIP).

California already has some of the toughest gun control laws in the country and, beginning in 2019, state ammunition dealers will be required to maintain logs of all sales – including those of bullets. The state has already restricted online sales of bullets so they can only be delivered to licensed dealers and not someone’s home.

The gun-tax legislation has drawn heavy criticism from gun-rights and hunting groups.

“While the legislation lacks details of how the actual proposal will look, it expresses the intent to place an additional tax on handguns and semi-automatic firearms for distribution to various community-based intervention and prevention programs,” the National Rifle Association’s Institute for Legislative Action stated on its website. “Once again, lawmakers are saddling lawful gun owners with additional taxes and fees for the misdeeds of criminals.”

Along with guns, California Democrats are also looking to crack on the rise of vaping, or e-cigarette use, among teens.

“We must stop the appalling epidemic of e-cigarette use by youths,” Hill said in a statement. “Enticed by fruit, candy and other appealing flavors, high school and middle school students throughout the U.S. are vaping in record numbers.”

In early December, Assemblyman Joaquin Arambula introduced legislation that would allow undocumented immigrants over the age of 19 to enroll in Medi-Cal, the state’s low-income health care program. Around 60 percent of the remaining 3 million uninsured Californians are undocumented, and projections put the price tag for the program at around $3 billion per year.

While incoming Gov. Newsom campaigned on creating a universal health care system in the state, it is unclear if he would support Arambula’s measure, which would take a big chunk of the state’s budget.

Besides immigration measures, California Democrats are looking to deal with the state’s mounting homelessness crisis and its problem of affordable housing.

Two measures attempting to tackle the problems were recently introduced. One introduced by state Sen. Scott Wiener would create “right to shelter” for homeless individuals.

“California’s housing crisis, along with our mental health and addiction challenges, are driving people into homelessness, and we must act,” Wiener said. “We must do more to ensure homeless people have access to shelter, as a way to stabilize people’s lives and help them transition to permanent housing.”

Wiener also introduced legislation to give the state more power over land-use decisions and allow developers to bypass local low-density zoning restrictions and build apartment buildings within a half- or quarter-mile of public transit and close to job centers.

While both pieces of legislation are meant to curb homelessness and ease the state’s housing crisis, Republicans and some analysts caution that they could also drain the state’s coffers ahead of a possible economic recession and put Newsom in a tough spot during his first term.

“Hopefully there are enough adults in the legislature to enforce some fiscal discipline,” Yaroslavsky said. “If the state goes broke, it cancels out any of the good that a program can do and the legislature won’t get blamed, it’ll be Newsom.”

Outgoing Gov. Jerry Brown, though, cautioned against presuming the supermajority will have a huge impact. He argued that many Democrats who won were more conservative-leaning, making a two-thirds vote difficult to cobble together on most issues.

“I think the chances of getting the Legislature to vote by two-thirds on new taxes are very, very limited and unlikely,” Brown said, according to The Sacramento Bee.