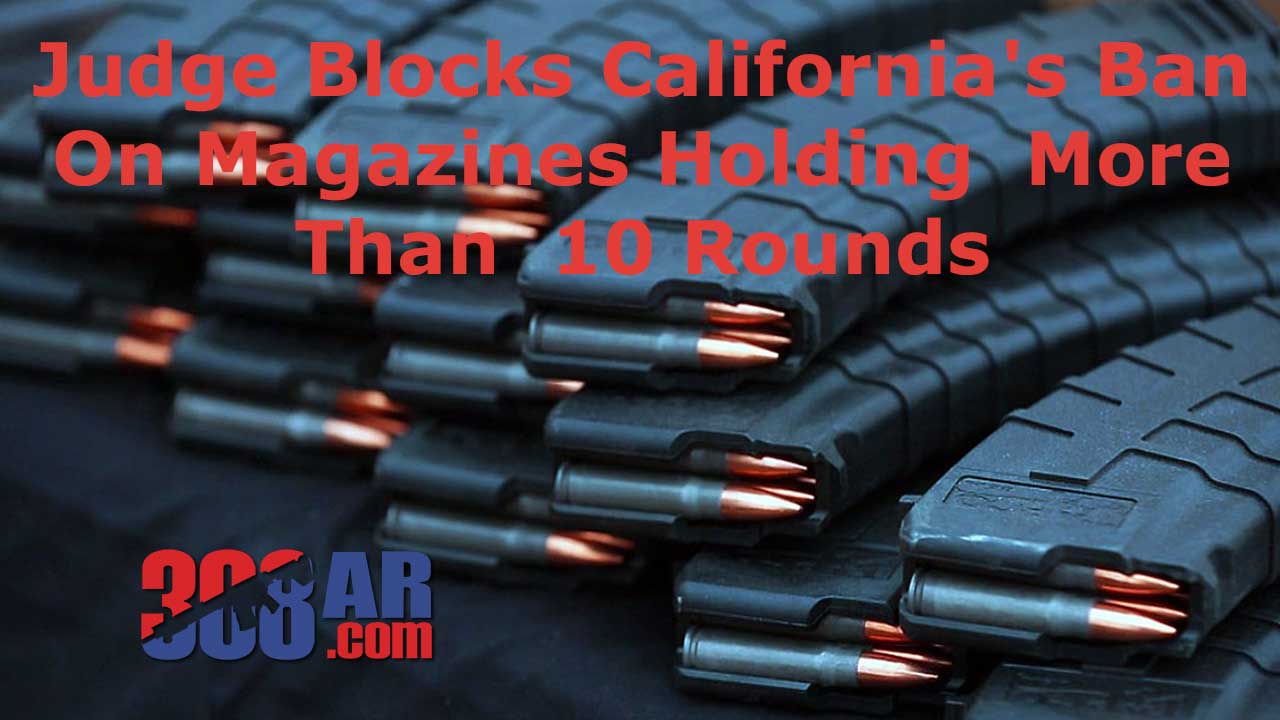 A federal judge in California on Friday ruled against the Golden State’s ban on gun magazines that are able to hold more than 10 rounds.

“California’s law prohibiting acquisition and possession of magazines able to hold any more than 10 rounds places a severe restriction on the core right of self-defense of the home such that it amounts to a destruction of the right and is unconstitutional under any level of scrutiny,” he wrote in an 86-page decision.

“California’s ban is far-reaching, absolute, and permanent. The ban on acquisition and possession on magazines able to hold more than 10 rounds, together with the substantial criminal penalties threatening a law-abiding, responsible, citizen who desires such magazines to protect hearth and home, imposes a burden on the constitutional right that this Court judges as severe,” he wrote.

Benitez, a George W. Bush appointee who serves on the bench for the Southern District of California, also wrote that California’s ban unfairly impacts a wide swath of the state’s gun owners, as many choose to use magazines containing over 10 rounds for their defense.

“The magazine ban arbitrarily selects 10 rounds as the magazine capacity over which possession is unlawful. … The ban on magazines that hold more than 10 rounds amounts to a prohibition on an entire class of ‘arms’ that is overwhelmingly chosen by American citizens for the lawful purpose of self-defense,” he ruled.

The National Rifle Association (NRA), which backed the lawsuit, hailed the decision as a “huge win for gunowners.”

“Judge Benitez took the Second Amendment seriously and came to the conclusion required by the Constitution,” NRA’s Institute for Legislative Action Executive Director Chris Cox said in a statement. “The same should be true of any court analyzing a ban on a class of arms law-abiding Americans commonly possess for self-defense or other lawful purposes.”

The gun lobbying group acknowledged that the state was likely to appeal Friday’s decision to the 9th Circuit.

California is widely considered to have some of the strictest gun control policies in the country.

“We are committed to defending California’s commonsense gun laws and are reviewing the decision to evaluate next steps,” California Attorney General Xavier Becerra (D) said in a statement to The Hill.