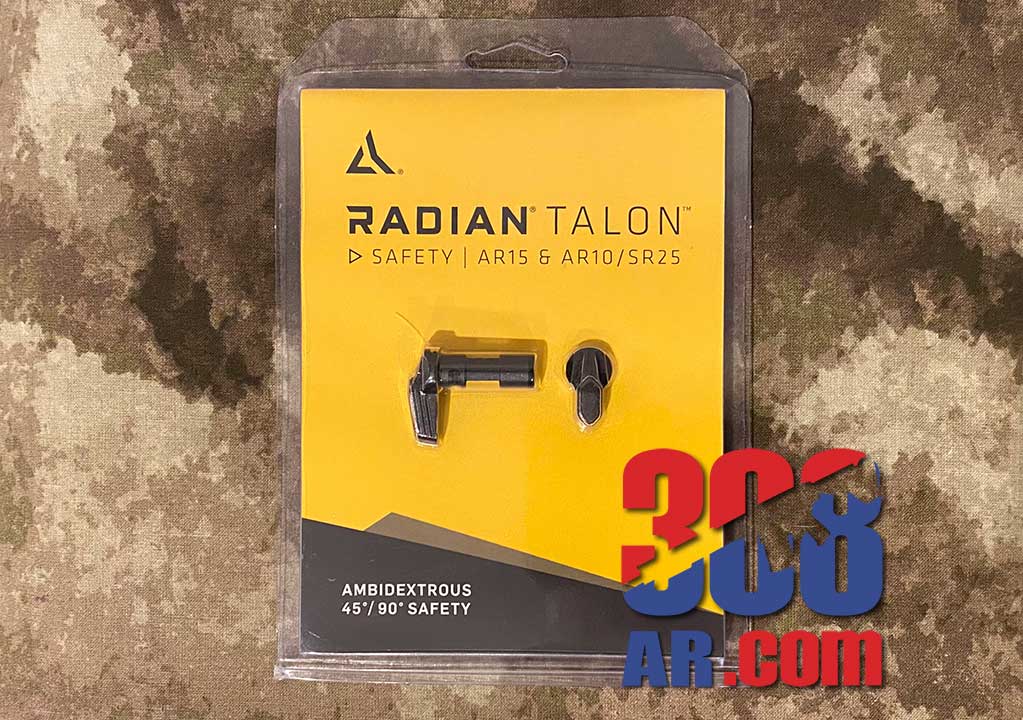 The Radian Weapons Talon Ambidextrous safety selector is an easy way to make your AR-10 308 AR more user-friendly by allowing left and right-handed manipulations. It is important to be able to manipulate your rifle from multiple positions and this selector switch adds the ergonomics required to be able to do so. Machined from billet 7075-T6 aluminum, this safety selector can be changed between a 90° and 45° throw for faster operation.

The selector lever is easy to install with the spring-loaded retention spring that locks it in place without the need for screws. This ensures that it remains engaged and won’t come loose unless intended. The screw-less design reduces the risk of parts breakage so that your firearm is ready to be used at a moment’s notice. This simple addition will enhance any AR 308 by increasing ergonomics and usability for left-handed users.

Radian Weapons design and manufacture the most innovative, professional-grade firearms and components for the American consumer. They do so by implementing extremely high-quality standards so that every part that leaves the factory floor will function as intended without fail. Radian Weapons stands by their products and guarantees that customers can expect precision quality and consistent accuracy with their products. 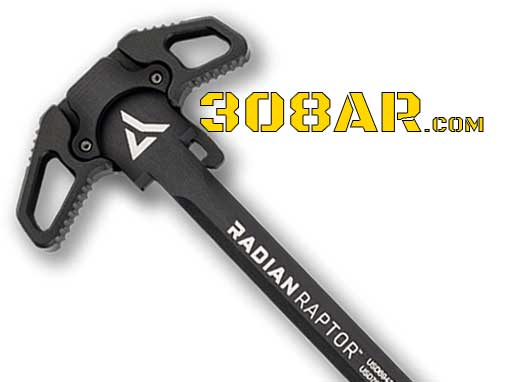 Radian Raptor™ 308 AR Ambidextrous Charging Handle by Radian Weapon Systems (formerly AXTS). The Radian Raptor™ is truly revolutionary in design & function. From rapid palm “blading” or finger thumb charges of the weapon, the motion is fluid & fast from either strong or support side. Made in the USA from aircraft-grade 7075 aluminum and mil-spec anodized.

In an effort to better align the brand with their ever-evolving products, AXTS Weapons Systems has launched its new name – Radian Weapons.
AXTS has gained popularity and acclaim with its ambidextrous Raptor charging handle, and with the recent release of its sub-MOA riﬂe, the MI-T556 (now called the Radian Model 1). The new name was designed to distinguish them as a leader in the production of high-end, evolved weapons systems.
“We are more than an accessories company, and Radian helps us tell that story,” said Radian Weapons’ CEO, Joshua Underwood.  “Continuous innovation and a hard-driving work ethic are the core values we live by and have been the foundation for AXTS Weapons Systems. Radian Weapons will continue to build on this foundation, fulﬁlling our passion to bring the best performing products to our customers. A relentless pursuit of perfection in product design and world-class manufacturing will be the standard of Radian Weapons.”
To accompany the launch of the new brand, Radian released a teaser video to showcase its new style set to the tune of its original manufacturing process. They are also giving away a Radian Model 1 Riﬂe paired with a Leupold Mark 6 3-18x44mm optic to celebrate the brand launch. For more information on Radian, the rebrand, and the giveaway, visit the new site, www.radianweapons.com.