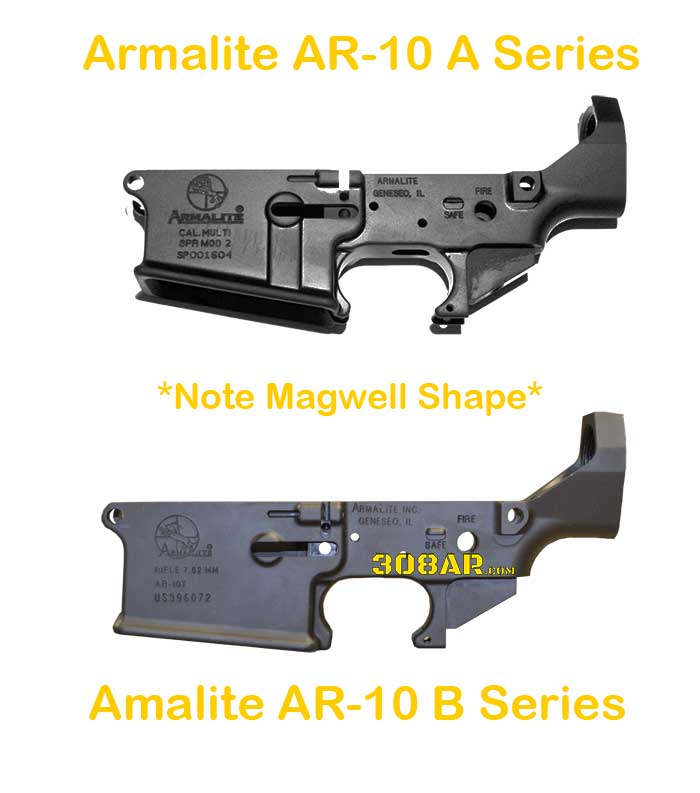 Tactical flexibility combined with the compact length of the 16″ barrel and collapsible stock are standard to any A4 carbine model but add in the advancements that engineers have made standard on every ArmaLite AR-10, such as improved feeding, extraction and ejection, and there is not another heavy caliber carbine that can compare. The Armalite AR-10A4CF Carbine offers the same sighting choices as the AR-10A4 SPR in a handy compact format. Supplied with one 10 round and one 20 round magazine. 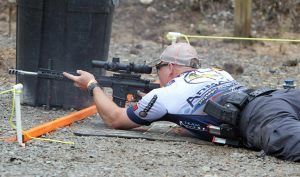 (Phoenix, AZ – Feb 7, 2017) For the 2017 season, Armalite is stacking their competitive shooting team with some of the best shooters on the circuit. Team Captain, Greg Jordan, will be returning for his fourth season, joined by Team Armalite veterans Hunter “Nubs” Cayll and John Mouret. Rick Torres and Tom Lackley will be joining Team Armalite for the 2017 season, rounding out the team for all divisions.

Greg Jordan, hot off his 2016 winning streak, will be returning to Team Armalite as Team Captain. Jordan says, “Knowing the role Armalite has played in the development of firearms throughout history, specifically the AR-15 platform, I consider this a great honor. This will be my fourth year shooting for Armalite and I am excited as ever. Shooting quality products from these companies makes my job easy!” Keep an eye out for Jordan on the 3 Gun circuit, his ability to clear a stage is a true spectacle to watch!

Returning for his second year with Team Armalite, Hunter “Nubs” Cayll will continue his climb to the top. Cayll, relatively new to competitive shooting, has proven that being born with no hands, is “no excuse” to keep him from succeeding. In addition to being successful on the circuit, Cayll can often be seen at the major industry trade show events, on the range helping to educate new shooters, and lending his knowledge and experience to Nubability Athletics giving disabled children the opportunity to learn how to shoot.

Also returning to Team Armalite this year will be John Mouret, a veteran shooter and Sergeant with Arizona Department of Public Safety, based out of Phoenix, AZ. “Armalite has become an innovator in the industry, bringing a turn-key competition rifle to the market. Combined with the camaraderie and professionalism at Armalite, I’m thrilled to represent the team in both the law enforcement and competitive environments,” said Mouret. In addition to 3 Gun competitions, Mouret will be participating in Law Enforcement multi-gun matches utilizing off the shelf patrol rifle configurations from Armalite. 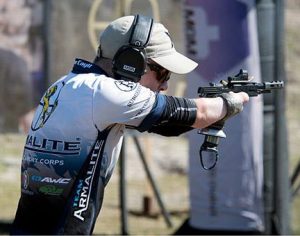 Joining Team Armalite this year, Rick Torres is relatively new to 3-Gun. His experience in law enforcement and passion for shooting give him a natural ability to succeed at a competitive level. “I’m looking forward to shooting the Armalite M15 Competition rifle this season and keeping it well fed with match ammunition from Nexus. I am very excited and honored to be part of Team Armalite and Team Nexus!” says Torres.

Last, but certainly not least, Junior Shooter Tom Lackley will be joining Team Armalite as a factory shooter this year. 2017 will be his third year shooting competitive 3-Gun, but his constant training and natural ability will make him a force to be reckoned with. He has a natural, outgoing personality, good attitude, and patience, which carry over into his shooting. Most of all, Lackley understands that he can be competitive and have fun at the same time. His ultimate aspiration is to shoot with the Army Marksmanship Unit (AMU).

About Armalite: Armalite is the originator of the legendary AR-10® rifle. For 60 years, Armalite’s commitment to excellence has made our firearms the choice of military, law enforcement and sport shooters worldwide. Armalite has one of the broadest product lines in the firearms industry. They manufacture semi-automatic rifles in 5.56mm and 7.62mm calibers, as well as long range bolt action rifles in .308 Winchester, 300 Winchester Magnum, .338 Lapua, and 50 BMG. Armalite is a subsidiary of Strategic Armory Corps. For more information on the company and products, visit: www.armalite.com.

About Nexus Ammo: Nexus Ammo provides discerning shooters high impact solutions through unparalleled, patent-pending automation processes. The “Nexus Method” meticulously produces ammunition to exact tolerances equal to the attention of hand loading. Our unique machinery and automation allows us to build ammunition to exact specifications, starting with the raw materials. This method is proven to provide a consistency in weight in every cartridge, delivering the quality and ballistic performance you can rely upon.

You can depend on Nexus Ammo to deliver a full ballistic spectrum of ammunition performance for your tactical, defense, or hunting needs. When you require consistency, accuracy, and repeatability… Nexus is your solution. For more information on the company and products, visit: www.nexusammo.com

About Strategic Armory Corps: Strategic Armory Corps was formed with the goal of acquiring and combining market-leading companies within the firearms industry. Each company that is brought into the SAC family fulfills a consumer need with their brand of niche products. To date, four highly respected manufacturing companies have been acquired with a fifth in the start-up phase. These companies strategically fit together to form a strong base of products and services that are designed to meet the expectations of military, law enforcement, commercial groups, and individual users around the world.

Armalite AR-10 A-Series SuperSASS Carbine A10SCBF – The AR-10A family of Armalite rifles is functionally identical to our AR-10B family. Operation, controls, and maintenance are the same however, the AR-10A family is designed to accept early Armalite AR-10 “Waffle” magazines and other magazines copied from them. The AR-10B family still accepts our proprietary steel magazines. Neither family of rifles will function correctly with the other alternate magazine. Translation. This Armalite AR-10 can use 308 PMAGS.

Like its rifle-length brother, the AR-10A SuperSASS Carbine accepts third party polymer magazines. It is a lighter weight, versatile and supremely accurate firearm perfect in law enforcement and military support roles. Used in its suppressed mode, the SASS Carbine can help facilitate communication between team members.

The SuperSASS Carbine’s lighter weight and suppressed mode capability also make it an excellent choice in the brush as a hog hunter. 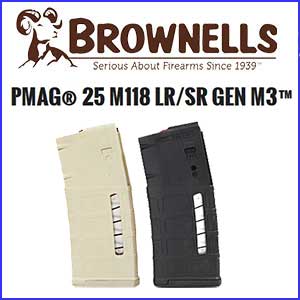 This AR-10 HANDGUARD will only work with ARMALITE AR-10 rifles.

The Armalite DEF10B AR-10 is the latest addition to the Defensive Sporting Rifle family. This multi-purpose rifle is the most popular of our product line and now comes in B-Series.

Legendary Armalite quality in a streamlined platform. the Defensive Sporting Rifle is a high quality, no frills rifle well suited for duty, sport, or defense. The The Armalite DEF10B AR-10 uses a double lapped, chrome lined/chrome moly barrel for extreme durability and accuracy and comes with two steel magazines.